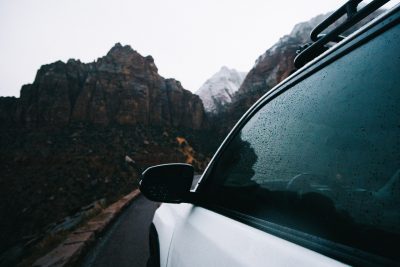 So you want to study law?

Great! This shows you’re smart, serious, ready to take on a responsible role in life, to fight for justice, and drive a BMW….

But you should be clear on why you want to study law and what it is you’re getting into.

There are now 42 law schools in Australia (counting the latest entry into the market, Sydney City School of Law). Compare this to about 205 ABA accredited law schools in US, and it turns out that Australia has over 2.5 times more law schools on a per capita basis than the US. The Council of Australian Law Deans provides a listing of and links to Australian law schools.

According to the Financial Review Australia turns out a new law graduate for every 1000 people in Australia every year. In post-graduate law courses, graduate numbers have increased by almost 1000, or 14 per cent, year-on-year to more than 8200 in 2014. Bachelor law finishers grew annually by a more modest 239 graduates, or 4 per cent, to more than 6400 last year.

There are currently about 28,000 law students in Australia according to The Modern Law Graduate Australian Law Students Association National Advocacy Survey 2016. This is down from 39,000 law students in Australia in 2008 (abt 75% UG and 25% PG).  A similar decline was seen in the US where the number taking the LSAT dropped 45% from 2009 to 2013 according to The Futures of Legal Education and the Legal Profession.

Such a decline, while an appropriate response for the domestic market is not necessarily the best approach for Australia as a global competitor in education. Just looking at jobs, as of Oct 2015 we’re graduating close to 15000 new lawyers per year in Australia.  And there are about 66000 ‘solicitors’ jobs’.  So if all those grads were to go into solicitors’ jobs, about 20% of the entire profession in Australia would have to retire every year. In fact, data indicate instead a 38% increase in the number of solicitors aged over 65 years. Older lawyers are not making way for new entrants; instead they’re hanging on longer than ever before!

However, the number of ‘law jobs’ need not determine the number of people who should be educated and/or trained in the knowledge and skills of the legal profession for several reasons:

1) We are preparing students for future jobs that we haven’t yet imagined in a radically transforming legal industry.

2)  Legal education provides general training and discipline that is excellent preparation for an uncertain future. Legal education prepares future leaders not only for the legal profession but also for roles in government, business, foreign affairs, and civil society.

3) There is a huge untapped global market. Education is an important and growing export for the Australian economy. Overall, 25% of Australian university students are international. With the importance of the common law globally, Australia is well positioned to be the leading legal education provider in the Asia and the Pacific, especially given the very large and as yet mostly untapped market in the region.

The drop in student numbers studying law can only be seen as a good thing if we discount disruption in the job market and the value of a legal education generally and focus only on the domestic job market in the narrowly defined legal profession.

I welcome your thoughts….